Marking The 100th Anniversary of the British Mandate 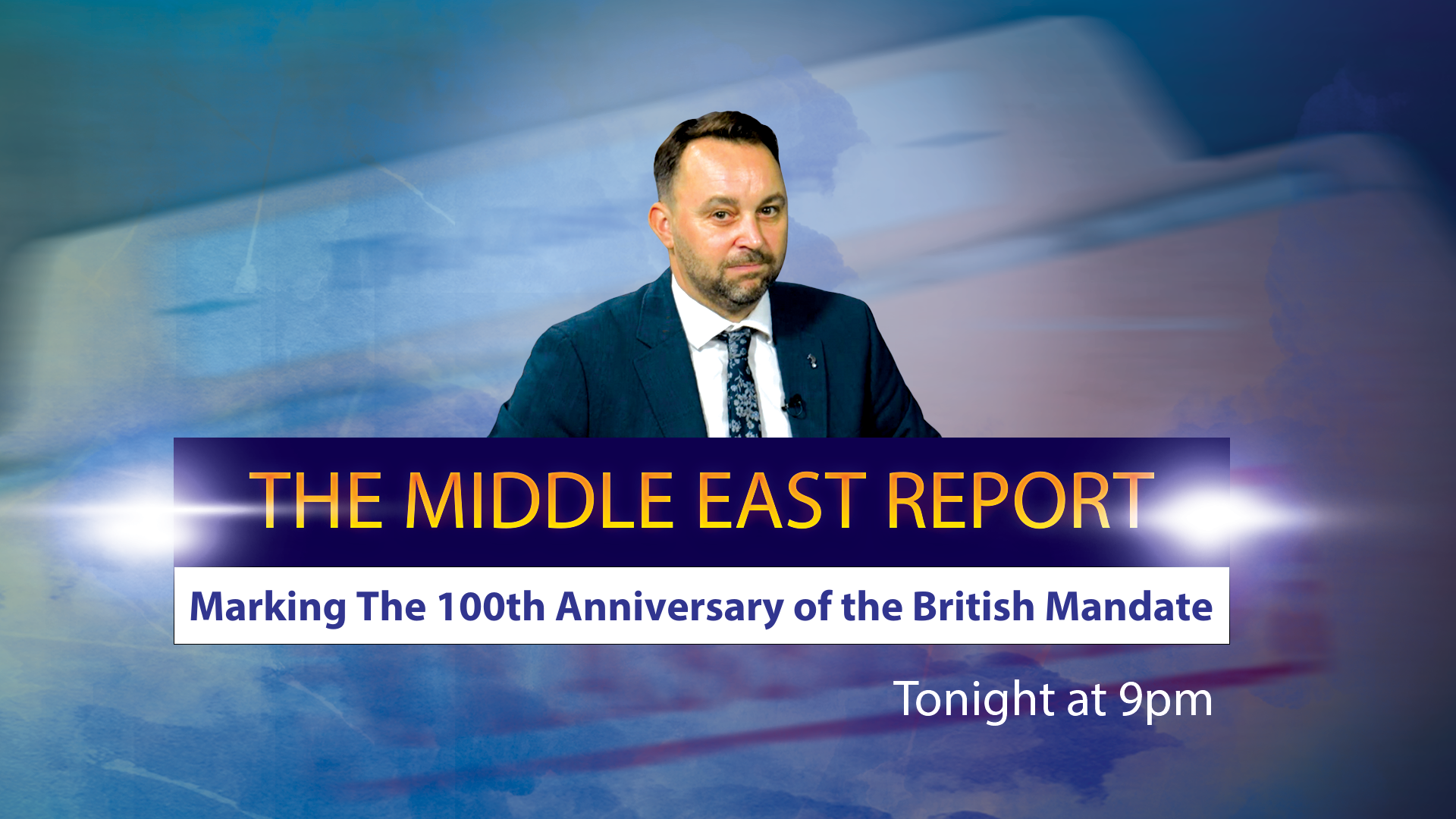 In this week’s edition of The Middle East Report, Simon Barrett interviews documentary film maker Hugh Kitson on Mandate 100 that marks the centenary anniversary of the start of the British Mandate. We also have an exclusive to reveal an undiscovered letter written by King George V in July 1920 calling for the support of the establishment of a Jewish State which is extraordinary.

In this programme we touch upon Britain’s role in helping to re-establish the modern state of Israel through the Balfour Declaration of November 1917, the liberation of the Holy Land by British and ANZAC forces in the First World War against the Ottoman Empire. We talk about the San Remo Resolution of 1920 with the allied powers in favour of re-establishing a Jewish state in the heart of the Middle East.

We discuss how the League of Nations in 1922 the precursor to the United Nations gave the British government the Mandate of Palestine to prepare the Jewish people for self determination and statehood. This all-in fulfilment of biblical prophecy and God’s hand of destiny upon the nation despite the British in the end turning against the Zionist aspirations of a Jewish homeland.