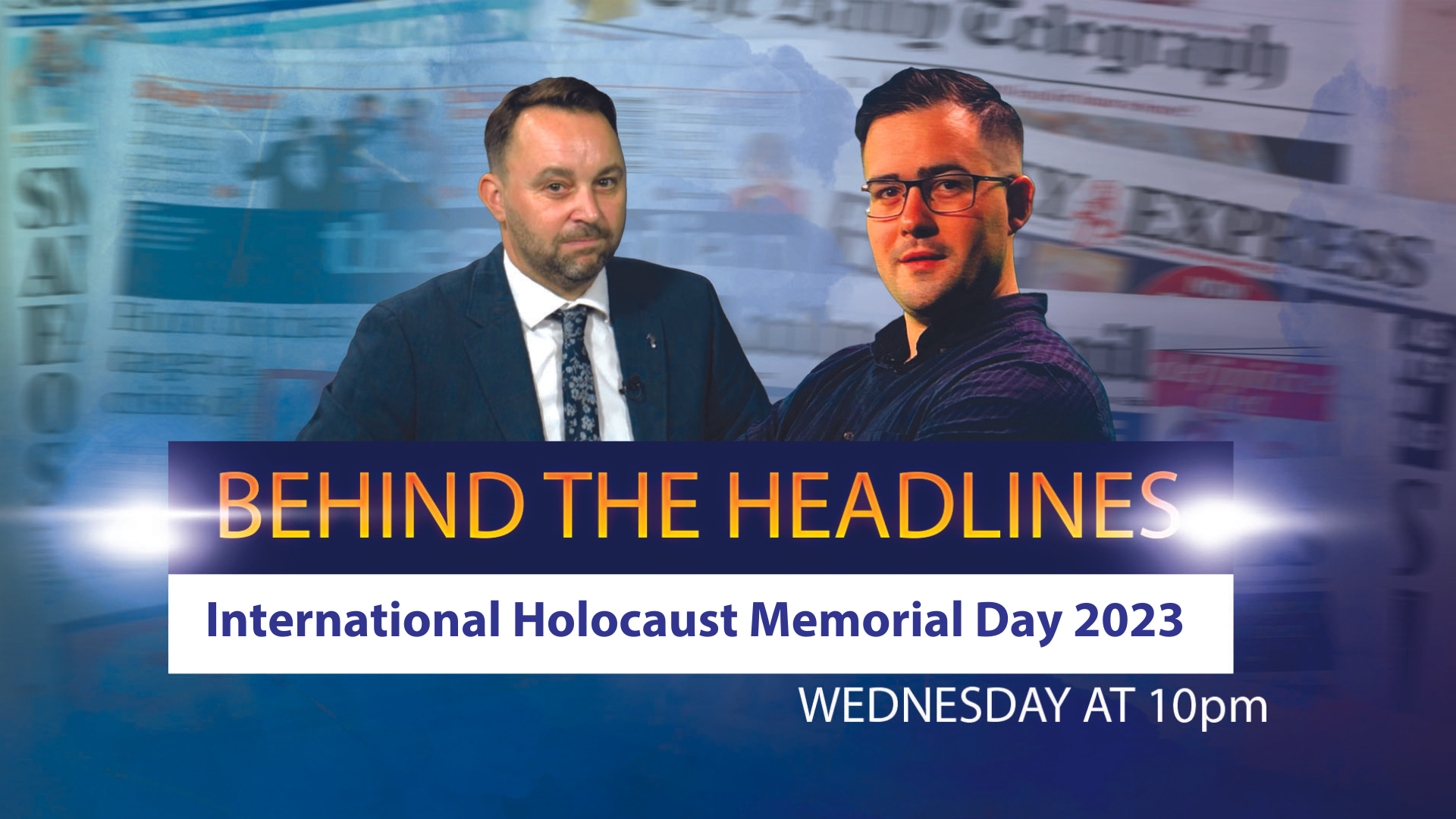 In this week’s edition of Behind the Headlines, we will be marking International Holocaust Memorial Day on Friday 27th January and it will be seventy-eight years since the liberation of the Nazi death Auschwitz-Birkenau. This commemoration day is addressed by world leaders, prime ministers, presidents, members of parliaments across the globe and world Jewry to remember the holocaust. The mainstream media marks this day with films, documentaries, interviews with holocaust survivors to remind us of the biggest crime of genocide committed against the Jewish people in world history.

As we approach the seventy -eighth anniversary of the end of the second world war we must ask ourselves, have we learnt the lesson of the Holocaust? The answer to that question is a resolute no, as Jew Hatred led to the Holocaust has now gone mainstream. Music artists like Kayne West, have made world headlines for his vile anti-Semitic social media posts influencing millions of his followers. We are also facing record breaking incidents of anti-Semitism and Jewish communities are fearful.

We will be asking despite the increase in the holocaust education and awareness are we becoming indifferent and apathetic towards the raise of Jew Hatred that was the focal point of the Third Reich ideology?